First Fandom was created in 1958. The modern organization defines as “dinosaurs” those active in science fiction or fannish activities by the time of the first Worldcon in 1939. Also, anyone who has engaged in correspondence, collecting, conventions, fanzine publishing or reading, writing or participated in a science fiction club for at least 30 years may be eligible for Associate Membership. These three awards were voted by the members:

The First Fandom Hall of Fame, created in 1963, is a prestigious achievement award given to a living recipient who has made significant contributions to Science Fiction throughout their lifetime.

George W. Price was introduced to science fiction in 1947.  He became active in fandom in the early-1950s and was a member of the Philadelphia Science Fiction Society.  His first convention was TASFiC.  In 1953, he joined the University of Chicago Science Fiction Club, and was later elected president.  Beginning in 1965, he began hosting monthly science fiction parties at his home which continued for 20 years.  He became an early partner in Advent: Publishers.  A technical writer, Army veteran, college graduate and chemical engineer with a life-long interest in limericks and puns, he has been an active science fiction fan for more than 70 years.

The Posthumous Hall of Fame was created in 1994 to acknowledge people in Science Fiction who should have, but did not, receive that type of recognition during their lifetimes.

August Derleth was an internationally respected fan, author, editor, correspondent, poet, lecturer and publisher of science fiction as well as a writer of mystery, horror fiction, regional fiction and natural history.  In addition, he was a 1938 Guggenheim Fellow and a co-founder in 1939 of Arkham House.  In 1948, he was elected president of the Associated Fantasy Publishers at Torcon (the 6th Worldcon).  Derleth wrote more than 150 short stories and more than 100 books during his lifetime. It is for these historic accomplishments that August Derleth is being inducted this year into the First Fandom Posthumous Hall of Fame.

Sam Moskowitz Archive Award was created in 1998 to recognize not only someone who has assembled a world-class collection but also what has actually been done with it.For example: previous award recipients have published articles and books, made collections available for public viewing, loaned items for other projects and donated material to be preserved for future generations.

Doug Ellis and Deb Fulton run one of the most important pulp conventions that focuses on original artwork, pulps and films covering the past history of the field: the annual Windy City Pulp and Paper Convention.

Doug and Deb are major collectors of artwork and pulp magazines who generously share their holdings with other fans.  They have conducted significant research and written important books that help perpetuate the memory of past genré artists.  Doug is the author of dozens of essays and, with Deb, has edited and published Pulp Vault for more than 20 years.

It is for the unique collection that they have assembled and for the service that they have given to the field for decades that the members of First Fandom selected Doug Ellis and Deb Fulton to receive the Sam Moskowitz Archive Award for 2022.

The Internet Speculative Fiction Database was honored with a special committee award by Chicon 8. 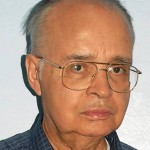