Late in January, Worldcon 76 Artist Guest of Honor John Picacio announced he would be giving memberships in the con to two #Mexicanx professional sf/f artists or writers and two Mexicanx sf/f fans.

I’m doing this because our world needs more #Mexicanx stories, more #Mexicanx sf/f pros and fans, and more #DREAMers. To own our future, we *must* own our narratives, lest we continue to be villainized, abused, and butchered.

Two of the first four memberships were donated by John Scalzi. Since then many more contributors have stepped up, raising the number to nearly 50.

Celebrating my amazing teammates in #TheMexicanxInitiative. Thanks, all! We're currently up to 24(!) Sponsored Memberships to @worldcon2018 for #Mexicanx pros & fans. Aiming for 50! Want to join us as a sponsor? Drop me a line. cc: @scalzi @JoSVolpe @MaryRobinette @KateElliottSFF pic.twitter.com/qmzcgPH4X7

My amazing sponsoring teammates so far are: 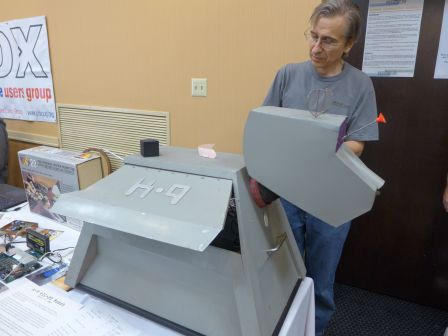