The Science Fiction & Fantasy Poetry Association (SFPA) has announced the winners of the 2019 Elgin Awards for best collections of speculative poetry published in the previous two years. Named after SFPA founder Suzette Haden Elgin, awards are given in two categories: best chapbook and best full-length book.

The Science Fiction and Fantasy Poetry Association was established in 1978 and has an international membership. The 2019 Elgin Chair is Charles Christian, who also has served on the UK Society of Authors’ Poetry & Spoken Word Group committee, is on the British Haiku Society management committee, and for two years was a judge for the Arthur C. Clarke Award for best science fiction novel.Worlds: The 12 Rules.

February is Women in Horror Month and every day the Horror Writers Association blog is running a Q&A with an award-winning woman member. Here are the highlights of the second week.

SG: I joined the Horror Writers Association when it was Horror Writers of America back around 1992 or so. I was one of the ones, back when we used to hang out on an online platform called “Genie” through the SFF-NET community, that rallied for a name change and we got it. After all, HWA consists of people outside of the United States. After I was a member for a few years, I took over the Canadian Chapter from Edo Van Belkom. I also created the Canadian Content Corner column in the newsletter, which was a tongue-in-cheek nod to Canadian politics at the time. Julianne Snow is handling the column for me this year while I focus on other areas of our chapter.

I began to host monthly meetings and booked booths at Toronto events such as The Word on the Street. As the HWA has evolved, my ability to book more events for our chapter has grown and we do all kinds of events in the Ontario area including Fan Expo and Toronto Comicon. 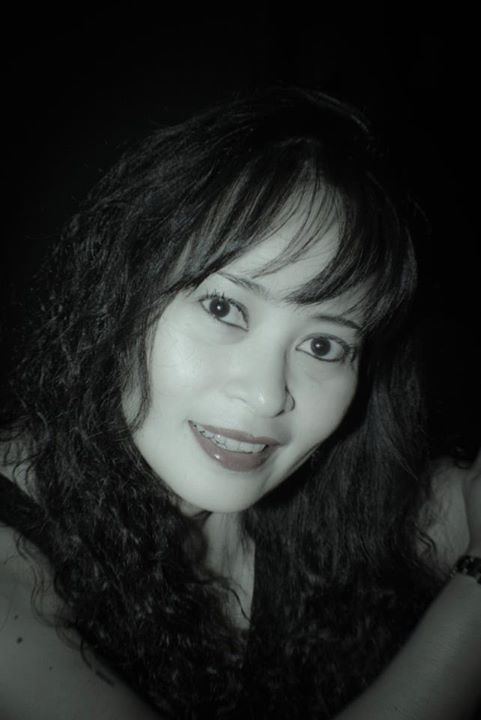 RM: I wrote The Evolutionist in Olympia, Washington after moving from Las Vegas where I’d lived for nearly a decade. Writing the story was a catharsis of the time I’d spent in Sin City. I kept thinking about how surreal my life there was, and that there had to be some other reason I’d strayed so far from being the person I knew to be me. In my story, I created external forces beyond my main character’s control for the reasons behind the changes, adding horrific elements and then compounding them, causing her to flee. The most humorous part to me about writing the work was that many of the real experiences written in the book had to be toned down to make them more believable for readers. But that’s Las Vegas life, sometimes what happens there is too outlandish to be true, yet is. 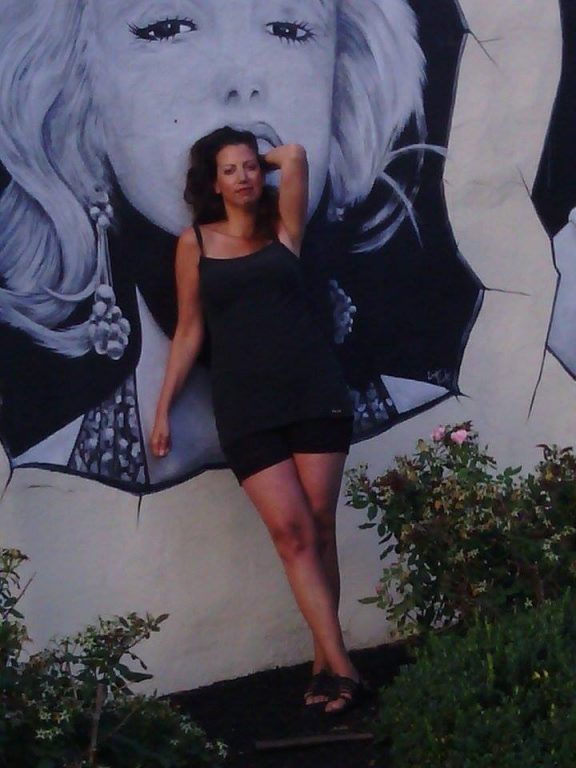 CD: It’s hard to answer that definitively. We know that women, even nowadays, are often fluffed off in social situations, but I think in the Horror field there is a huge difference. Women are accepted and treated with respect and I think there are just as many women authors that are outstanding as there are men. 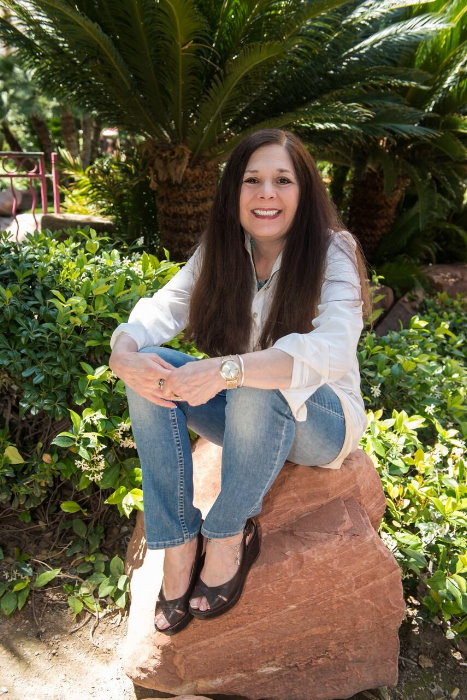 LM: The Gentling Box is set in 19th century Hungary and Romania and is the story of Imre, a half-Rom and Hungarian horse trader who is beset by his mother-in-law, a villainous sorceress named Anyeta who relentlessly pursues him and his family (including her own daughter) by working the powers in a vile charm known as “the hand of the dead.” The crux of the novel is Imre’s own horror at employing a technique to tame wild horses known as “gentling,” which involves a crude form of lobotomy; he has never used it because having seen it as a child, he cannot bear observing the staggering horses in so much distress and pain. Thanks to Anyeta’s machinations, he’s forced to decide whether he’ll have to “gentle” his friends, other members of his troupe and his own wife in order to save their young daughter.

I was influenced by many of Coleridge’s so-called demonic poems, Rom lore, occult practices, and a host of 19th century writers, and am very glad to say the novel was well received by the critics.

The most interesting (for me) anecdote about the book is from the very first time I read aloud from it (which was the flashback to Imre’s first experience as a nine-year old boy observing his own father “gentling” horses), people wanted to know if gentling was a real technique used among Rom horse traders and how I learned of it. This question came up over and over. I think it’s safe to finally reveal at this point, it was completely a product of my own imagination and it was one of the most exciting concepts I ever came up with as far as spurring me to tell this story. 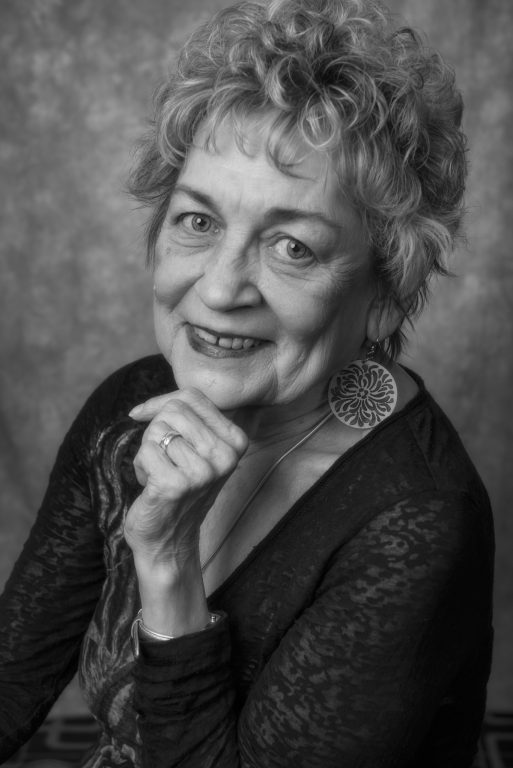 MS: Read good stuff. Read a lot of old, a lot of new. Keep the ideas flowing. Join the HWA and volunteer. The Horror University offers courses to help you in whatever is your specific area of interest. As for “breaking into horror”, I’m not sure what difference it makes. You are “breaking in to getting your work published and read”. It would be the same for any field of literature (or entertainment). 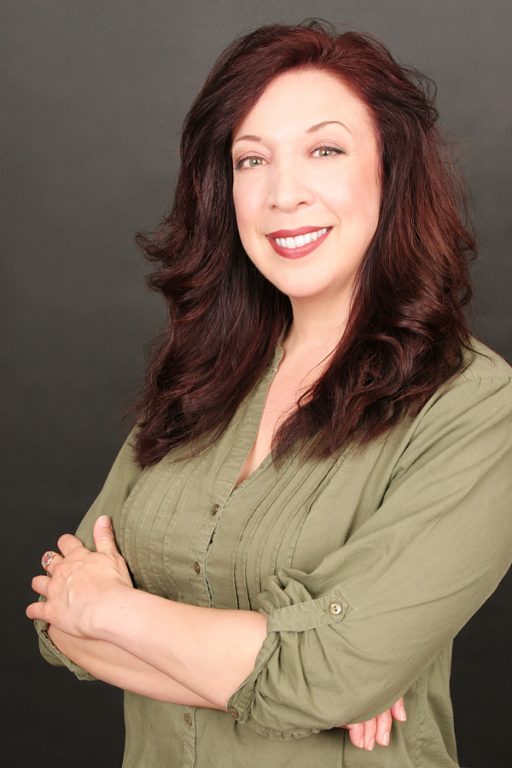 MA: I was very surprised. I’ll be honest: people at the World Horror Convention told me to my face I wouldn’t win. It was devastating and demoralizing. I knew I had tough competition. I had no illusions about that, but the insensitivity of some folk was jaw dropping. I’d promised my friend David Gerrold that I’d write an acceptance speech. He’d made me promise at dinner one night about a month previous. I’d planned to pen something in my hotel room the afternoon before the event. Instead, I just went to my room and curled up. I was recovering from major foot surgery. So, I wasn’t feeling well to start with, and then that happened.

When it came time for the awards dinner, I decided to drink and have fun. I wasn’t going to win, right? Unfortunately, I drank a wee bit too much. When my name was called, I was in total shock and unprepared to say anything. I wound up talking too long. But you know what? Everyone survived the experience, and apparently I made a favorable impression on certain editors I spoke with later. But I’d have rather not been devastated and just penned a little speech, you know? 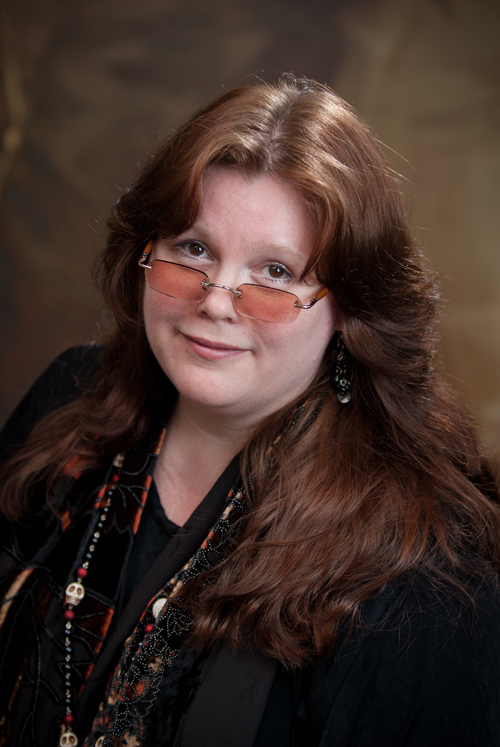 ALM: I could never express all the ways the HWA has influenced me as a writer. I’m sure there are even ways I’m unaware of. Here’s just a few that come to mind, in no particular order:

I have found mentors who have taught me both directly and by example how to be a better professional writer—not just how to write better, but also how to behave as a professional, how to market my work, and how to find markets.

I’ve found a group of comrades who understand what it’s like to be a writer and specifically a Horror writer, and that sense of community is invaluable. The feeling of belonging and the encouragement have bolstered me throughout my career.

I have met collaborators through the HWA, with whom I’ve worked on some of the most rewarding projects of my career.

I’ve discovered publishing outlets I wouldn’t have otherwise and have published stories as a result.

A SFPA Grand Master must be a living person “whose body of work reflects the highest artistic goals of the SFPA, who shall have been actively publishing within the target genres of Science Fiction and Fantasy for a period of no fewer than 20 years, and whose poetry has been noted to be exceptional in merit, scope, vision and innovation.”

The citation for the two new Grand Masters reads as follows —

Marge Ballif Simon freelances as a writer-poet-illustrator for genre and mainstream publications such as Nebula Awards 32, Strange Horizons, Flashquake, Flash Me Magazine, Dreams & Nightmares, The Pedestal Magazine, and Vestal Review. Marge is a former president of the Science Fiction Poetry Association. She edits the column “Blood and Spades: Poets of the Dark Side” for the monthly newsletter of the Horror Writers Association Marge has received the Bram Stoker Award, the Rhysling Award, the Dwarf Stars Award, and the Strange Horizons Readers Award for her poetry. She has also illustrated five Bram Stoker Award collections. In addition to her solo work, Marge has published collaboratively with many other authors. margesimon.com

Steve Sneyd may be unfamiliar to many; he lives completely off the grid in Yorkshire, England, with no internet presence. His output of poetry has slowed in recent years. Notwithstanding, he should be better known as an important speculative poet and stalwart proponent, chronicler and historian of SF poetry. Steve has been publishing SF poetry since the late 1970s (at least). His poetry has been nominated multiple times for Rhysling Awards, beginning in 1992. His poetry has appeared in Star*Line and Dreams & Nightmares as recently as 2011), The Magazine of Speculative Poetry and Hadrosaur Tales, as well as many SF and poetry journals, fanzines, and small-press anthologies. His collections include Gestaltmacher, Gestaltmacher, Make Me a Gestalt: Ninety-Nine Poems from the Nineties (The Four Quarters, 2000) and Mistaking the Nature of the Posthuman (Hilltop Press, 2008). His handwritten (!) SF poetry newsletter, DataDump, in print since 1992, recently celebrated its 200th issue. In it are reviews, news and historical studies of SF poetry. He gives the annual DataDump Award for best SF poem in a British publication. Sneyd has published SF poetry from U.S. and British fanzines and small press, grouped by era (starting with the 1750s!), as well as themed anthologies. He has written countless essays and forewords, most recently an overview of SF poetry, “Wormholeing into Elsewhere,” in Where Rockets Burn Through, ed. Russell Jones (See the review on Amazing Stories for a brief example of his poetry). The ISFDB site and the SF Encyclopedia have (albeit incomplete) lists of his published poetry as well as more biographical information. An interview with Steve Sneyd on AmazingStoriesMag.com includes links to his poetry online.