The Nova Awards, which have recognized excellence in British fanzines since 1973, are receiving a major update. Now all UK and Irish fans will be eligible to vote, not just the members of Novacon.

Ballots can be downloaded from the Novacon website, novacon.org.uk. Votes will be accepted via e-mail.

The award winners are announced at Novacon, scheduled this year from November 11-13.

END_OF_DOCUMENT_TOKEN_TO_BE_REPLACED

Steve Davidson (The Crotchety Old Fan/The Classic Science Fiction Channel) received notice on September 28 that his application for a trademark for Amazing Stories has been granted by the US Patent and Trademark Office.

Amazing Stories has had a rocky history, stumbling along through bankruptcy (when Gernsback lost ownership), through a series of publishers and editors – Teck Publications, Ziff-Davis, Ultimate (where it enjoyed a brief and all too short resurgence under the tutelage of Ted White), Dragon Publications and, through a series of corporate buy-outs, ended up as a Hasbro (toys) property and licensed to Paizo Publications, which re-introduced it as a mass-media/geek culture mag until its demise in 2005.

By 2007, Hasbro had abandoned the trademark. Davidson, who was managing the intellectual property department of an R&D firm at the time, routinely reviewed the status of some favorite marks. Noting the lapse for Amazing Stories, he filed an application for the Mark in 2008.

Davidson aspires to revive it as an online magazine.

END_OF_DOCUMENT_TOKEN_TO_BE_REPLACED

There’s a simple explanation why HAL 9000 sings “Daisy” as its intelligence is draining away.

Arthur C. Clarke was visiting his friend John Pierce at Bell Labs Murray Hill in the Sixties and saw a demonstration of an IBM mainframe running a voice recorder synthesizer (vocoder) that recreated the song “Daisy Bell.”  Clarke included the idea in 2001: A Space Odyssey. Here is a video of a similar demonstration [YouTube file]. 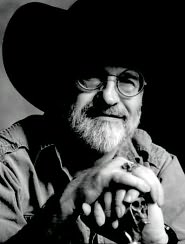 Sir Terry Pratchett will promote his latest Discworld novel, Snuff, next month at events in New York and Washington D.C.

The next day, Friday, October 14, he will be discussing the book in the National Press Club ballroom in DC at 7 p.m. An admission is charged. See site for details.

Read an excerpt from Snuff here.

[Thanks to Andrew Porter and Michael J. Walsh for the story.] END_OF_DOCUMENT_TOKEN_TO_BE_REPLACED

Albacon, the Albany, NY convention has been cancelled for 2011. It had been planned for the October 21-23 weekend.

Christopher J. Ford, President of the organization that runs the con (LASTFA), says there may still be a modified writers workshop and a fan gathering on Friday evening but no decisions have been made.

Paid registrations will either be returned or transferred to 2012 as requested. Dealers and Artists fees will be returned.

The 2011 event only had 43 pre-registered members as of September 20. The concom reportedly had decided to pull the plug if they didn’t reach 125 a month before the con.

Albacon plans to return in 2012 and there is a new webpage for it.

Rich Lynch appears in an AP photo — here, left background — taken of China’s Science and Technology Minister and the U.S Secretary of Energy at the 4th Carbon Sequestration Forum (CSLF) Ministerial Conference in China on September 22.

Hard to know how transitory this link is, so look fast!

Light, don’t look back — something may be gaining on you.

A team of experimental physicists at CERN say they have measured neutrinos traveling faster than the speed of light.

They beamed muon neutrinos from an accelerator at CERN outside Geneva to a detector at the Gran Sasso National Laboratory in Italy, about 450 miles away, to see how many showed up as a different type, tau neutrinos. Neutrinos come in a number of types, and have recently been seen to switch spontaneously from one type to another.

The neutrinos in the experiment were detected arriving 60 nanoseconds sooner than if they’d been traveling at lightspeed.

Were they wind-assisted? Should they be tested for steroids? Well, it’s no laughing matter to scientists who depend on Einstein’s Special Theory of Relativity to explain their other observations.

And this didn’t happen only once. The physicists, working on the OPERA collaboration, measured the travel times of neutrino bunches some 15,000 times, a level of statistical significance that in scientific circles would count as a formal discovery.

Stephen Parke, a theoretical particle physicist at Fermilab in Batavia, IL, suggests the findings will be explained without invalidating special relativity:

It’s possible the neutrinos’ passage hadn’t been timed accurately. Or maybe the neutrinos were traveling through different dimensions, taking shortcuts from Geneva to Gran Sasso.

Shortcuts through other dimensions? Is that a quote from Doctor Parke or Doctor Who?