Spider Robinson has withdrawn as one of Westercon 68’s guests of honor. Chair Ron Oakes released this statement from Spider:

Tell folks I had to tap out due to recent undisclosed health problems. That’s the shortest and truest I can say it. If anybody argues, tell ‘em I’m 66, I’ve been hospitalized six times in the last six months, and we’re working on it. And tell them I apologize.

Oakes responded, “Our thoughts and best wishes go with Spider for a speedy diagnosis and complete recovery.” By David K. M. Klaus: Terri Luanna Mountainborne Robinson da Silva, daughter of Spider and the late Jeanne Robinson, is now in The Undiscovered Country, occurring Friday, December 5, at the age of 40 years, due to Invasive Ductal Carcinoma (which she described as “the most common form of breast cancer”). Waiting for their time to greet her again are her father Spider Robinson, her husband Heron da Silva, her daughter Marissa (“Miss M”), and a huge extended family of relatives and intimate friends, as well as many, many more distant friends around the world.

The announcement came from Laurie O’Neal (“Auntie L”) on Terri’s WordPress weblog about her life with cancer, gracefulwomanwarrior.com, and on her Facebook page.

With the name Luanna Mountainborne, she was depicted as dancing on Luna in 1/6 gravity in The Cat Who Walks Through Walls by Robert A. Heinlein.

A crowdfunding request for her medical expenses is at https://www.youcaring.com/medical-fundraiser/terri-s-stage-4-cancer-fight/269274.

A crowdfunding request for her memorial is at http://www.gofundme.com/icqknk

This information comes from openly accessible web pages and public announcements, no confidences are being violated.

Jeanne Robinson, co-author with her husband Spider of the Hugo, Nebula and Locus Award winning novella “Stardance,” died May 30 after a long struggle with cancer. Doctors had ended Jeanne’s chemotherapy on April 5.

Jeanne was a talented dancer who studied at several major dance schools, performed with the Beverly Brown Dance Ensemble in New York and served as the artistic director of Halifax’s Nova Dance Theatre, where she choreographed more than thirty original works.

Jeanne’s doctors have ended her chemotherapy. There’s nothing more chemistry can do for/to her. Radiation was never an option. She is therefore now in Palliative Care Phase. We asked roughly how long this stage might last—repeatedly—and the only answer we got was, “somewhere between a month and a year—more or less.”

Click the link for more of Spider’s thoughts about the short-term and the best ways to support them at this time.

Jeanne Robinson is being treated for life-threatening cancer. An article on Spider Robinson’s website explains the situation:

Earlier his year a brilliant surgeon, Dr. Andresz Busczowski, helped Jeanne Robinson beat back a rare and virulent form of biliary cancer. But it’s so rare even he can’t say how much time he‘s bought her, how soon it might recur-and her latest blood tests have been so discouraging they’ve now decided she needs to start chemotherapy as soon as possible.

The Robinson’s don’t have the resources for all that’s needed, so Jeanne’s friends and neighbors have stepped in to help raise the funds. They’re staging a benefit concert September 18 at Cates Hill Chapel on Bowen Island in British Columbia. And people can send PayPal donations to http://wedreamforjeanne.blogspot.com/. 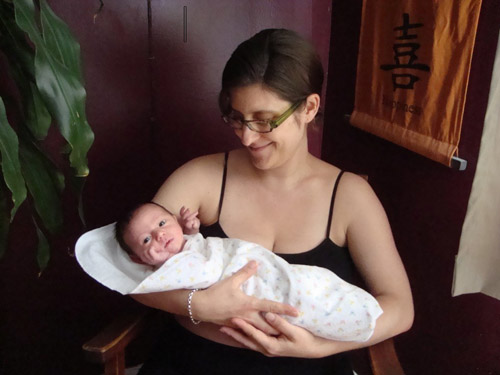